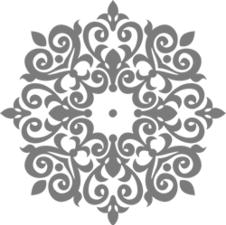 Let Us entertain you

Isis was the perfect traditional Egyptian wife and mother—content to stay in the background while things went well, but able to use her wits to guard her husband and son should the need arise. The shelter she afforded her child gave her the character of a goddess of protection. But her chief aspect was that of a great magician, whose power transcended that of all other deities. Several narratives tell of her magical prowess, far stronger than the powers of Osiris and Re. She was frequently invoked on behalf of the sick, and, with the goddesses Nephthys, Neith, and Selket, she protected the dead. Isis became associated with various other goddesses, including Bastet, Nut, and Hathor, and thus her nature and her powers became increasingly diverse. Isis became known, like other fierce goddesses in the Egyptian pantheon, as the “Eye of Re” and was equated with the Dog Star, Sothis (Sirius).

Isis, Egyptian Aset or Eset ,   [Isis with Horus [Credit: Courtesy of the Staatliche Museen zu Berlin - Preussischer Kulturbesitz]] one of the most important goddesses of ancient Egypt. Her name is the Greek form of an ancient Egyptian word for “throne.”

Isis was initially an obscure goddess who lacked her own dedicated temples, but she grew in importance as the dynastic age progressed, until she became one of the most important deities of ancient Egypt. Her cult subsequently spread throughout the Roman Empire, and Isis was worshipped from England to Afghanistan. She is still revered by pagans today. As mourner, she was a principal deity in rites connected with the dead; as magical healer, she cured the sick and brought the deceased to life; and as mother, she was a role model for all women.